Inge Rosar studied music education in the piano class of Prof. Walter Blankenheim at the Hochschule für Musik in Saarbrücken and completed her studies with the concert exam. 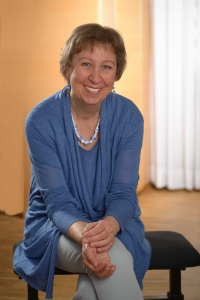 In 1992, together with Prof. Walter Blankenheim, Inge Rosar organized the 1st International Piano Competition J. S. Bach (which took place at the Hochschule für Musik in Saarbrücken). In 1998 Inge Rosar was asked to be a jury member of this International Piano Competition Johann Sebastian Bach in Saarbrücken, Germany. From 2007 on she was the artistic and administrative director and the jury chairperson of the competition. Since 2017 the competition has been led by Inge Rosar and Dr. Kirill Monorosi in the artistic and administrative management team.

Inge Rosar was appointed professor for piano and didactics/methodology at the University of Music Würzburg, Germany, in 2001. After her retirement in April 2020 she founded, together with Dr. Kirill Monorosi and Olaf Krüger, the International Johann Sebastian Bach Academy in Memoriam Walter Blankenheim.

In January 2012 her book “Problems and Opportunities: Designing the Piano Works of J. S. Bach on the Modern Piano” was published and was featured in the book The Pianist’s Craft. Mastering the Works of Great Composers published by Scarecrow Press in the USA.

Since 2009 Inge Rosar has given many masterclasses and lectures in universities throughout Europe, Russia, the USA, Argentina, South Korea and Australia. She began recording piano works by J. S. Bach in 2012 and has recorded seven CDs by 2020.