Pianist Chen, Chih-Yu was born in Kaohsiung, Taiwan. She started playing piano at the age of four and later attended the University of Music and Performing Arts Vienna, Austria, where she studied piano solo under the tutelage of Austrian music education expert Walter Fleischmann (the author
of “Aus Klavierspiel wird Musik”, known as The Piano Playing Technique of Reproducing Music), and German professor Wolfgang Watzinger (who has taught in several conservatories including Berlin; a jury member of International Beethoven and Brahms Piano Competitions); chamber music with Avedis Kouyoumdjian (the winner of the International Beethoven Competition in 1981). 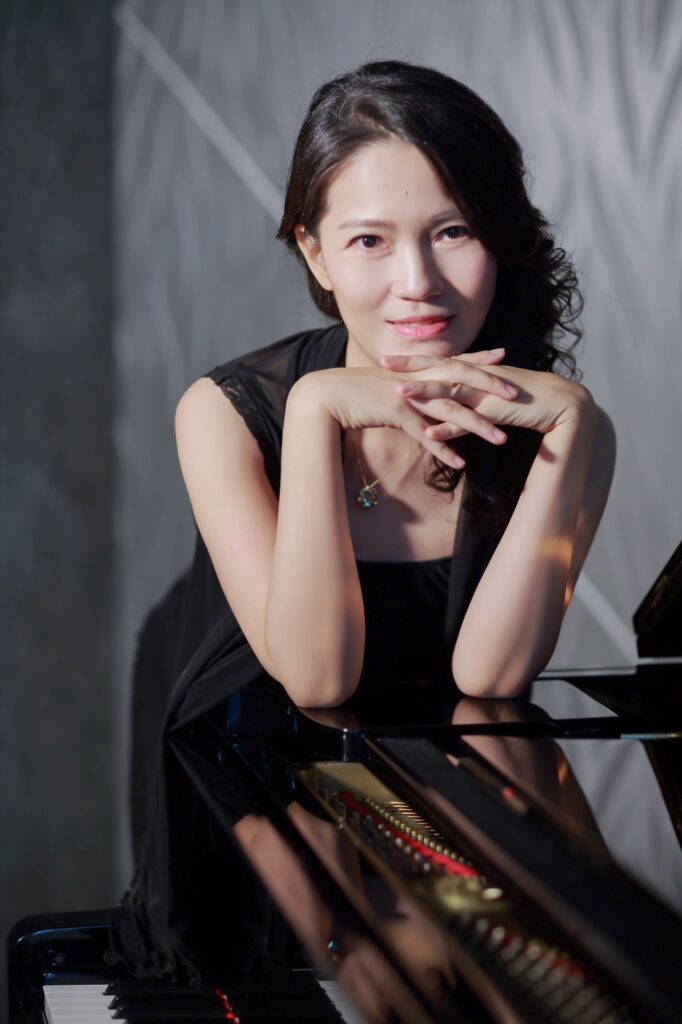 She graduated with Master of Piano Performance and Master of Chamber Music. In addition, Chen also specialises in academic fields and received PhD in Musicology from the same university. After the
graduation, Chen decided to broaden her piano profession by following the guidance of Romanian pianist Meira Farkas.

After winning the First Prize at the Fifth International Piano Competition J. S. Bach, Saarbrücken, Germany in 2004, Chen was assigned as a jury member of the competition since 2007, and her Goldberg Variations from the final round was broadcasted via German National Radio. At the meantime, she has performed extensively as a soloist and chamber music member across Austria and Germany, such as the chamber music concert under the project ‘Brahms-Marathon’ in Vienna Concert Hall (Wiener Konzerthaus) in 1996; as a soloist in ‘Bach-Zyklus’ concert – to mark the 250th anniversary of Bach’s death in Karajan Centre in 2000; a live recorded concert in the Austrian National Radio (ORF) Concert Hall in the same year, and so on.

After returning from Europe in 2005, Chen actively engaged in various occasions: being awarded “New Star” from the National Performing Arts Centre in 2008; performed in the National Theatre and Concert Hall in Taipei during the same year. In March 2009, she collaborated with the Kaohsiung City Youth Orchestra, performed Beethoven Piano Concerto No.1 in the Cultural Centre of Kaohsiung City. In November 2010, Chen premiered the piano works of Taiwanese composer, Huang Futong, in Tainan.

Besides the recitals in grand concert halls, Chen is also keen to promote classical music to a larger amount of public. Therefore, she has also performed in many other venues, including the Jinan Nursing Home and Wenzao University of Foreign Languages. In 2018, she was invited to Kaohsiung Audio Show, “We, Vienna”, to record J.S. Bach’s masterpiece, the full version of Goldberg Variations on a vinyl record. Later in 2019, she released her first CD album “Bach to Bach”.

Chen’s involvement in chamber music is as remarkable as her solo career. She has collaborated with numerous musicians, including violinist Oleh Krysa, Christophe Boulier, Efim Zoubritski, Zhang Qun; cellist Dai Leewen and Zeng Jiayi; violist Lin Meiru and flautist Sun Li. In 2005, she was assigned as the accompanist for Vienna Children’s Choir while they performed in Kaohsiung. Since 2016, she has been invited from time to time, to perform on tour with Muen Chamber Orchestra in the United States, Hong Kong and Singapore, as well as the international concert tour with the Kaohsiung Symphony Orchestra. In 2018, Chen received an invitation from pianist Dr. Lei Minhong, to work together as “Duo Pianiximo” and performed in Guangzhou, China.